The three LCAM labs are located in the Amsterdam region: 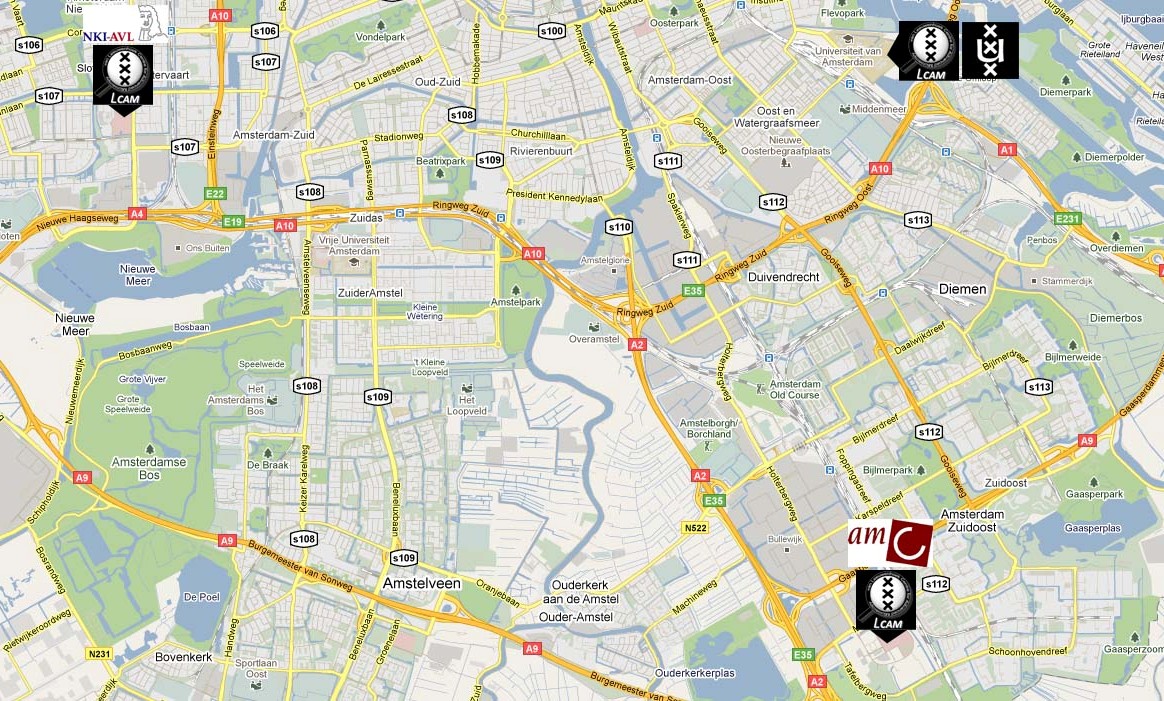 Amsterdam
Amsterdam, capital of the Netherlands, became a metropolis since the second half of the sixteenth century. Amsterdam now hosts more than 750,000 residents from 175 different countries. 37% of the population belong to an ethnic minority. There is an open and tolerant atmosphere in the city.  Amsterdam has a temperate climate with mild winters, cool summers and precipitation throughout the year. A good climate for the city makes it  easy to visit throughout the year.

In the city you can discover something new each time, did you know that aside from 6 windmills there are 600,000 bicycles? In one of the 51 museums is very much to see and enjoy.